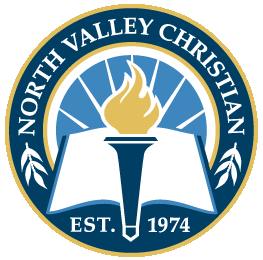 We are blessed to live here in California and the United States of America, and this has been driven home during this Russian invasion of Ukraine this past week. This giant country of Russia storming into tiny Ukraine is similar to Goliath taunting David in the Bible.

Third grade student Omari told everyone the story of David and Goliath and was very accurate in his account. We also watched a short animated version. We reviewed a map of the world showing the comparison of big Russia and tiny Ukraine.

Saul offered David his armor; David may have lacked armor but his trust was in God. He knew that his God was bigger than the Philistine giant. When Goliath fell with the stone from his slingshot, David cut his head off and showed it to King Saul.

When we face an enemy, we must always know that our God is victorious; He rules over all the earth, including every country in the world.

Ephesians 6:12 says, “For our struggle is not against [a]flesh and blood, but against the rulers, against the powers, against the world forces of this darkness, against the spiritual forces of wickedness in the heavenly places.” This is how we as Christians win the battle against evil in the world. We pray to God who hears us and answers our prayers.

As part of Dr. Seuss Week, primary students dressed today in their pajamas. We also prayed for the women and children of Ukraine. Over one million have left their homes and fled to neighboring countries to escape the fighting. Watching the students today come in carrying their backpacks and carrying their coats while wearing their pajamas reminded us of the children in the camps and on crowded trains, trying to rest and sleep in that cold, wet country. These people have all left their homes and don’t know when they will be able to return.

We prayed together for the people of Ukraine. By faith, we exercise God’s authority and bless the nation of Ukraine to have freedom and not be enslaved.