Jr. and Sr. High Robotics Team is Ready for the New Season

The Jr. and Sr. High robotics team, Team Torch, has begun their FIRST Tech Challenge (FTC) season. This year’s challenge is called “Velocity Vortex”. During the challenge there is a 30-second autonomous period where the robot completes preprogrammed tasks followed by an exciting two-minute task controlled by the robot’s driver. Watch this video to see a demo of this year’s game.

Good luck Team Torch! Check back for updates throughout the season.

Update: Find out how the team did at their first league match of the season. 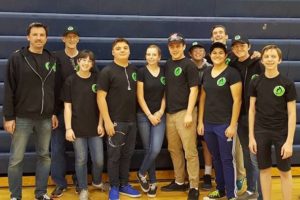