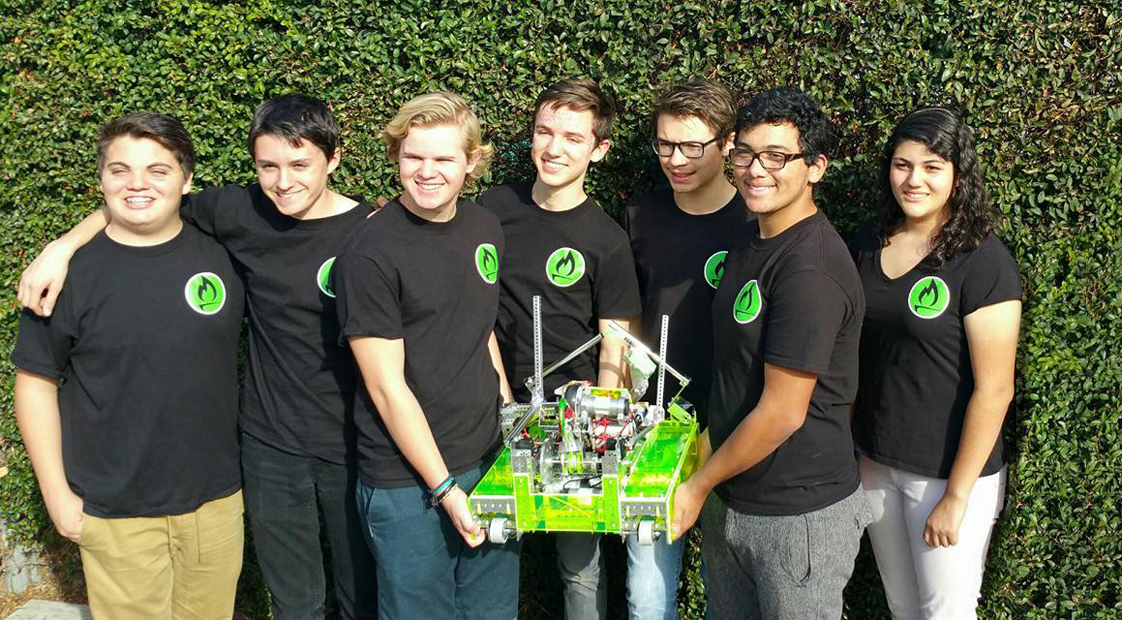 A unique hanging robot design contributed to the team’s success in the FTC challenge, which is called “RES-Q™.” The challenge simulates an avalanche rescue where the robot must perform a series of specific tasks, performed in sequence, and done autonomously as well as with a driver control. The tasks include removing debris, resetting rescue beacons, delivering climbers to a shelter, and parking on the mountain.

“When we were presented with this year’s RES-Q challenge, our team members brainstormed ideas and priorities for our robot design,” says Coach Rick Loomis. “We ultimately settled on a design strategy to make our robot hang on a frame during the last 30 seconds of a match and claim an all-clear signal.”

After several ideas and building and testing many prototypes, the one design that proved to be the most robust and consistent was to use a tape measure to run out a heavy string up to the hanging bar, resulting in the team having a large point-scoring system that has made them one of the outstanding innovative teams.

The team will now take their robot to the 2016 FTC World Championship, a four-day robotics championship consisting of the top qualifying teams from the five USA Super Regional Tournaments, as well as from 18 other countries.