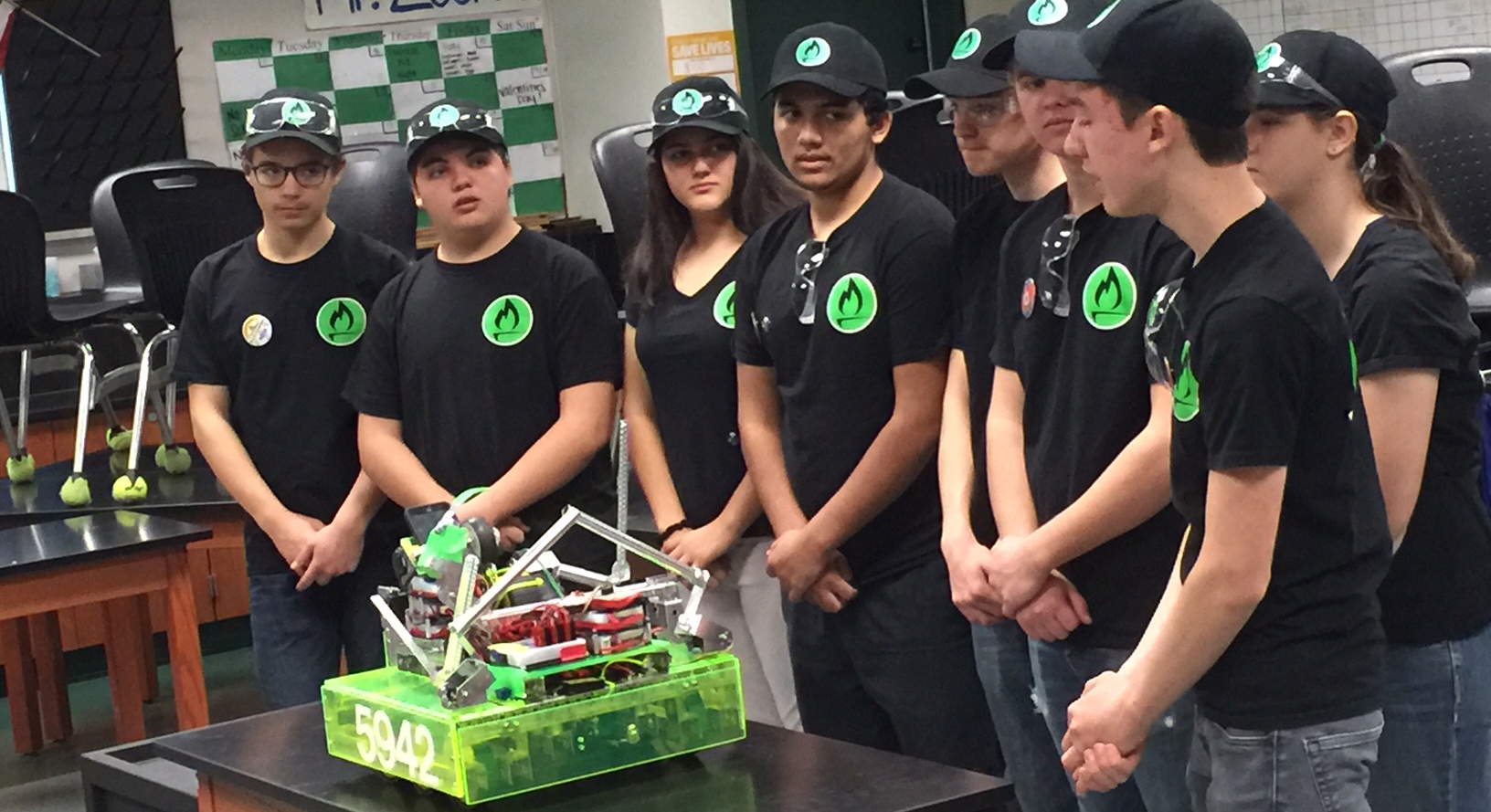 Team Torch qualified for the Regional Championship Tournament with an undefeated record among 24 competing teams, and finished as a Finalist Alliance Member in a second qualifying event.

The team’s performance at the Southern California Regional Championship won them the spot of Finalist Alliance Captain and put them among the top contenders of the 48 teams competing at the Championship. On March 24-26 in Oakland, Calif., Team Torch will go against 72 of the top teams from 13 western U.S. states.

“I have been privileged to observe how our eight team members have grown and become a very high-functioning group in such a short amount of time. Each team member brings something special, which is why they have accomplished such amazing things so quickly. It’s a privilege to work with such smart, talented young men and women who have such big hearts. I am confident that they will be very successful at the Super-Regional Championship,” says Team coach Rick Loomis.

Since the inception of the FTC robotics program at Centers of Learning four years ago, Team Torch has become well-respected throughout the L.A. region because of their willingness to help other teams, their innovative problem-solving, and consistent high scores.

“Winning a match, however, is not just about robot performance,” says Loomis, “but also about exemplifying the FTC core values, such as ‘Gracious Professionalism’ and ‘Coopertition’ (Cooperation and Competition). I am proud of the heart and character this team brings to the competitions.”

In addition to the second place win at the Los Angeles Greater Regional Championship, Team Torch was also named Division Winner, was nominated for the Promote Award, and received recognition from head referees for their Gracious Professionalism.